So the Democrats, who’ve always preferred rule by court fiat rather than the people’s vote, are proposing scrambling the Supreme Court of the United States every two years in order to get rulings they like better.

Well, being what a fiasco and crime against humanity Roe v Wade was for 50 years, instead of force retiring justices, I propose sunsetting all Supreme Court DECISIONS every 12 years, in order to evaluate their effects on society and whether they did more harm than good. We should not have had to wait 50 years and 62 million child deaths to even be allowed to legally advocate for the personhood and value of fetuses, which obviously we all have been.

Dred Scott itself, which had the effect of imposing slavery on free states, only lasted 11 years, but it took a bloody civil war and THEN a constitutional amendment to bring it down. 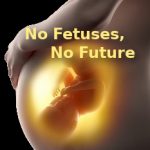 We should never again have to suffer such court imposed horrors.