Time for “Come And Take It”, Rosary & Bible Editions

The Alphabet Swamp has lost its mind.  It didn’t like being laughed at and ridiculed by the American general public for its latest round of comic book level tyrannical behavior.  So out of sheer spite against us, the FBI has started labeling ordinary American historical symbols as “extremist” and “terroristic”.   Things like the Betsy Ross flag, the Gadsden flag, and the historical Texas Gonzalez flag (the “Come And Take It” cannon flag). 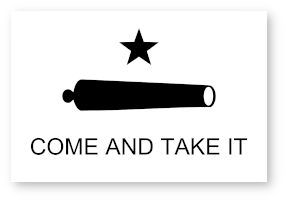 Senator Ted Cruz this week slammed his boot on the table at crooked FBI Director Christopher Wray, to “self report” that he wears the Gonzalez flag every day on his own boots.

Well now they’re coming for your Rosary and your Bible!  – a guided meditation on the life of Jesus Christ through the eyes of His mother, and the standard Christian religious book for 2000 years.

The rag calling itself The Atlantic came literally gunning for your Rosary, with a disgusting hit piece projecting the author’s own violent tendencies on ordinary (non-leftist) Catholics.

Haha, but they caught so much heat for it, they had to change both their headline and their article banner no less than 3 times.  All stealth-edits, of course.  God bless whoever beat me to archiving these:

But that’s not all.  Not 2 days later, as reported in the NYTimes, the leftist jackboots have come for the Bible, too.

Enough is enough.   It’s time to use what they fear most against them, prayer as a “weapon”, while snickering at them as they cower and quake in their own boots. 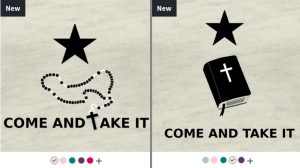 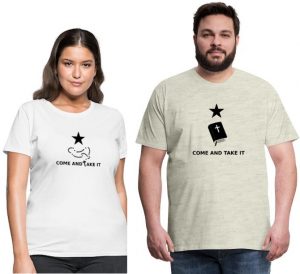 We pray in their general direction!