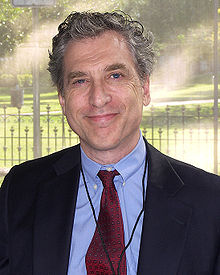 You pretty much jumped the shark claiming that uneven lazy eyes were some kind of exclusive Satanic fashion statement among globalist elitists, like James Traub.

What, are you never going to interview Lord Monckton again? 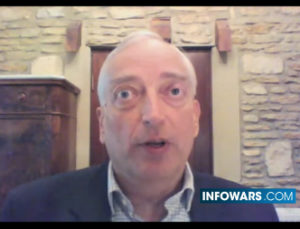 In fact, you unwittingly insulted my good friend who is (or maybe now, was?) a big fan of yours, who just within the past month surprisingly had his lazy eye cured when he had his vision restored with cataract surgery.

Lazy eye is a true vision defect (but often correctable), caused by unequal vision, which causes the brain to “turn off” one eye, so it wanders around without guidance.   If the vision problem is not caught early enough in young children’s brain development, they can forever lose the ability to see stereo.

I know, because all 3 of my children had these vision issues, and we worked very hard to keep glasses on them in their preschool and kindergarten years, to save their stereo vision, and thwart the dopey lazy eye look.

Interview an ophthalmologist, why don’t you.  It would prove once and forever how merely lowly human these dopey self-appointed “elites” are.  It’s not that the “elites” cultivate this look.  Their crooked eyes and crooked teeth and skin cancers and baggy eyes are just proof that the “elites” are falsely called “elites”.  They are no better than anybody else, and are just as human as everybody else, proving the idiocy of their arrogance.    We should just call them the dopey “Arrogants”.

Marty Feldman, as a ghoul

And really, THAT’s what makes them SO UGLY.