I’ve been following this for the past few days on BeforeItsNews and I’m very upset by it, but so glad other media are starting to pick it up.  All searchers for flight Malaysia 370 are finding in the south India ocean is garbage, no plane wreckage.  Well, now it appears Malaysia 370 was indeed landed and the passengers (at least some of them, the ones they wanted) were imprisoned on Diego Garcia.  An IBM Engineer who was on the fated flight, when he realized he was in trouble, hid his iPhone “in his ass”.  Then when he had an opportunity – days later – he transmitted out a text message that he was being held hostage by unknown parties in an unknown location, and which contained a photo of dark blackness.

I have been held hostage by unknown military personal after my flight was hijacked (blindfolded). I work for IBM and I have managed to hide my cellphone in my ass during the hijack. I have been separated from the rest of the passengers and I am in a cell. My name is Philip Wood. I think I have been drugged as well and cannot think clearly. The black image is not much help, but the GPS information that came attached to the photo is of immense value.   It puts him right in a hanger right next to a big long runway on Diego Garcia. (See 2nd footnote **)

The motive?  That plane had a large number of engineers with the skills to microchip every man woman, child, and machine in the world.  Total control of what you eat & drink & where you go.  Total control of whether you eat or drink or go anywhere.    US patent 8,671,381, was issued less than a week after its engineers were “killed” in the “crash” of Malaysia 370, by a “crazed pilot”.   The named inventors were/are Chinese nationals who worked for Freescale – a huge corporation nobody’s ever heard of, with offices all over the world – including a mile from my sister’s house in Chandler, AZ (see 1st footnote *).  Oh so ordinary suburban looking.

The theorizing by dummies is that Freescale wanted full rights to the patent, rather than divide it 5 ways between themselves and their 4 Chinese engineers.  But no, the American patent plainly says “Assignee: Freescale, Semiconductor, Inc.”   “Assignee” means Freescale already has/had 100% ownership of the patent, even before the Chinese engineers “died”.   After all, the norm when engineers work for an engineering firm is that on their date of hire, they sign a patent agreement – paperwork assigning full rights to any inventions & patents they develop while working for the company to the company.  That’s been the norm for decades at engineering firms everywhere.

So, what was to be gained by kidnapping a plane load of people, including a large number of Freescale engineers and at least one IBM engineer, all heading to an engineering conference in Beijing?   Well, 1) they knew too much.  So why aren’t they all dead now?   because 2) their skill sets make them too valuable.  So they are now declared dead, which almost no court will ever question, much less overturn (especially not U.S. courts).  They’re identities as living human beings and citizens of their countries are erased, and they are now slaves to the nefarious powers who will find their skills useful for world enslavement / domination.

Pure power is what pure evil wants, after  all.

How many IBM engineers were on the plane?  I don’t know, but my father worked for IBM for over 30 years, in a similar hardware media storage position not much different from Philip Wood’s, and whenever he was sent around on business for IBM, the company habit was to split up its engineers onto different flights, lest a plane went down, so they wouldn’t lose them all at once.  God willing, IBM still follows this policy.  Freescale?  I can’t believe they were so stupid as to not have a similar policy.  (I don’t believe in stupidity where maliciousness will explain it just as well.)   Freescale had something to be gained by packing the plane with 28 of its own engineers, including the 4 named on U.S. patent 8,761,381.   Pure enslavement in pure secrecy for the now follow-on dark and secret projects they will be expected to perform for.  The poor IBMer just was in the wrong place at the wrong time, but he’s still alive because somebody deemed him “useful”.

The 200+ non-engineers on the plane?   I think they are likely long dead by now, executed & fed to the sharks.  The plane itself I would expect has been dismantled under cover of the large hangers at Diego Garcia.  Maybe the parts will turn up in a jet plane 777 bone yard.

May the world media head the cry for help from IBMer Philip Wood.

Sources for this article include:

Center for Western Journalism (so it’s being picked up!!)
http://www.westernjournalism.com/shock-claim-flight-370-diego-garcia-per-gps-data/

As did Freedom Outpost
http://freedomoutpost.com/flight-370-passenger-philip-wood-allegedly-sends-message-u-s-military-base-indian-ocean/

Diego Garcia — owned by the Brits with a U.S. Naval base on it.
http://en.wikipedia.org/wiki/Diego_Garcia

* (BTW – Freescale is not even 7 miles north of the massive Intel plant in Chandler, AZ (see map) where Obama grandstanded in front of the construction cranes on Jan 25, 2012. I’m sure all of Freescale was among the crowd in the massive Intel parking lot to hear him speak. This was the day before Obama stiffed Orly Taitz & the Georgia Court’s eligibility hearing. As a reward for finding for Team Obama, despite being legally required to find them in default and rule in favor of plaintiff Orly Taitz, Georgia was awarded within a week with 2 licenses for nuclear power plants, whereas none had been issued anywhere in the U.S. in the 30 years prior. But that’s another story.)

** Update 8/29/2016: In checking for expired & broken links, I have found that the trail to Philip Wood’s uploaded dark image containing the GPS coordinates to Diego Garcia has expired, and neither 4cdn.org nor 4plebs.org are hosting it any longer.  However, I was able to pull up the historical snapshot of it on the WayBack Machine at Archive.org – here:

And for safe keeping, I am downloading the Philip Wood image and preserving it here: 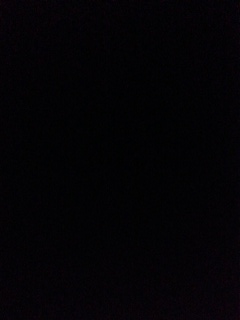 *** 08/26/2016 Main stream media is reporting today that a single piece of smashed up debris, suggests: “‘MH370 debris’ found off Mozambique coast suggests jet EXPLODED & was ‘out of control‘”, however, this does not conflict with the theory that the plane was first landed at Diego Garcia, its passengers unloaded, and then taken off again to be exploded over the ocean, or as suggested above, simply ditched in the ocean at high speed (by remote control).

**** Another very interesting theory (but also pointing to the capture of one or more slave engineers) was put out by Jeff Wise of NYMag suggesting it was hijacked, possibly by remote control by Putin operatives, and flown north and landed in Kazakhstan.   However, that does not account for the Philip Wood GPS embedded text & photo.