@realDonaldTrump Should Buy Guantanamo Before Obama Gives It to Castro Brothers

I know you’re a busy man.  I’ve written here twice before, (1) that I believe Obama plans to retire to Cuba, and (2) why he wants to close our Gitmo prison there so damn fast.  I believe he plans to buy the Castro brothers’ favor by unilaterally abandoning U.S. interests on Cuba, and cancelling the U.S. lease for our naval base there at Guantanamo Bay, not just the Gitmo prison, the way our second weakest president ever, Jimmy Carter, simply gave away the Panama Canal.  But unlike Jimmy Carter, there would be something in it personally for Obama.   Cuba has no extradition treaty with the U.S., so he figures he can retire there in complete “safety”, and re-create the island life he so loved in his youth, on Jakarta & Hawaii.

Mr. Trump – look at this prime real estate.   I would love to see you buy the U.S. lease on Guantanamo Bay, sublease the necessary parts of it back to the U.S. Navy & GTMO prison, and develop the rest in beautiful Trump style.  You could employ hundreds, if not thousands of Cubans, while preserving U.S. interests, and the Castros would love you even more than they do Obama. 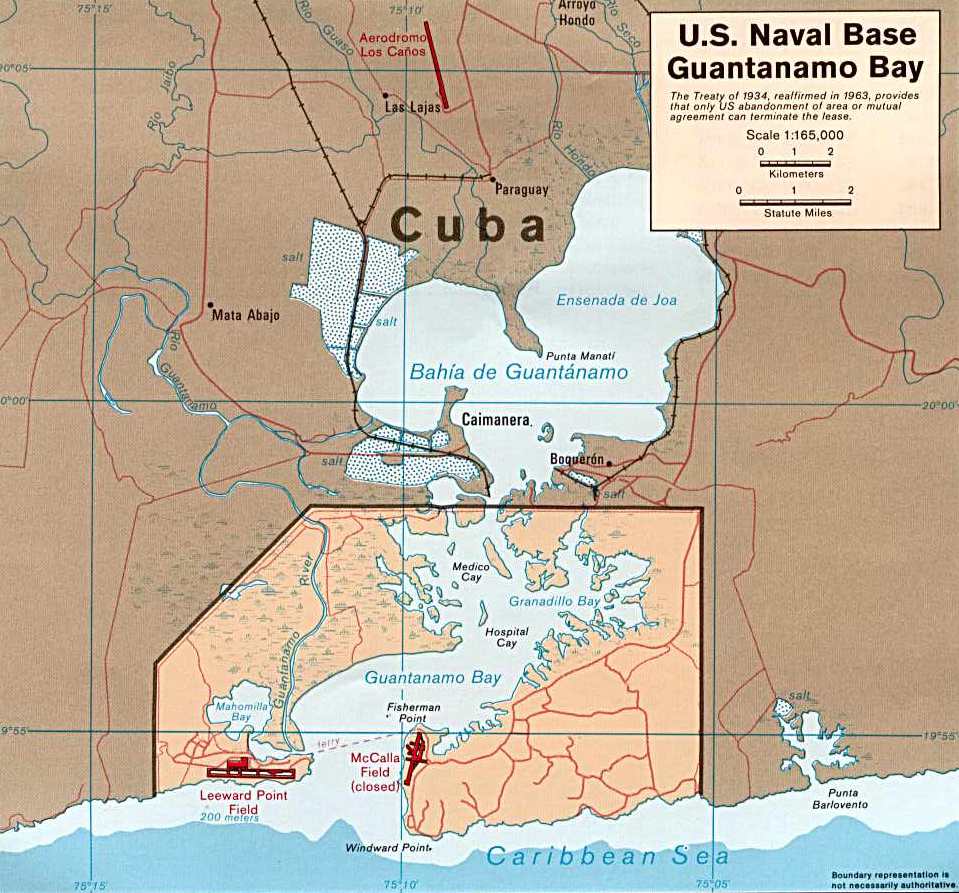