@SeanHannity & @TheJuanWilliams, Did @FoxNews itself plant that fake gun pointing story with @CNN? 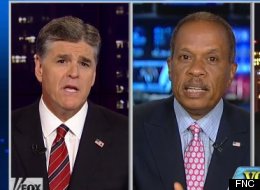 Hannity is one of the very few talking heads left at FoxNews with any integrity.  FoxNews certainly clung to presstitute Megyn Kelly’s black leather miniskirts way too long, despite the public’s outrage, so we know where their principals really lie.

No, my money’s on FoxNews having planted this story itself with CNN, looking to start ginning up a fake “public drumbeat” to edge Hannity out the door. If so, we’ll see these hits of made-up-crap on him continue and escalate.  Why?

You think FoxNews isn’t covering its future ass? There is no way this was not a multi-pronged coordinated hit piece.

Hannity keeps saying he’s moving his operation to Texas, one of the most corrupt states, but waaaaay down the scale from NY, and Texas is where Glen Beck and Alex Jones are able to operate without the governor & legislature spitting on them.