How many of you watched Jay Leno's last show last week?

If you missed it, you can catch it right here —

This one has had me scracthing my head.  But I think I've figured it out.  You'd think Hollywood doesn't make any decision that would hurt their own pocketbook, right?   But suuuuure it does.   We've already been asking for over 15 years:  If G & PG-rated movies make so much more money than R-rated movies, why does Hollywood make so many more R-rated movies?

James Freeman of USA Today asked it 15 years ago:

Since the studios can make great art and better money with a G or PG film, why do they keeping churning out so many R flicks? Beats me. Shareholders should be asking that question every chance they get.

and Todd Cunningham of The Wrap is still asking it today!!

Why would Hollywood spite itself like this? The short answer: The pervasive desire to keep it real creatively, then turn profit on downstream platforms. Awards can be a factor, too.

The bottom line answer — because they can.   Right now, the public is a captive audience.   When Hollywood's decisions don't line up with the buck, there has to be another reason.   In the case of cranking out more R movies when G movies are more profitable, Hollywood  sneeringly calls it "Art", but in reality, they just like degrading innocence.  Just like every high school "Literature" teacher who has ever assigned dreary, dark, abusive, and perverted novels to steep your sweet young teenager's soul in…  They simply enjoy popping people's souls of their innocence like so much bubble-wrap.  Innocence is the only path to happiness, but somebody popped theirs once, and by golly, "Literature" teachers and Hollywood producers alike are going to take their revenge on the world by doing likewise, and calling it "Art".   It's a wonder we get any G-movies to take our children to at all, but we only do because Hollywood needs the G's to finance the R's!

Don't ever credit stupidity and ignorance when malicousness explains it so much better.  But I digress.   My point is —

Yes, Hollywood makes big decisions that are counter-productive to their pocketbooks.

But they're not stupid!

So what was the real reason NBC axed Jay Leno?

Watch that last Leno show carefully.  As Leno shows go, it was very typical.  Leno does what he does best – poke fun at current events.   So at 3:15 into the show, Leno makes yet another Obamacare joke, like hundreds of such jokes he's made before.   And then watch closely at the 9:00 mark.  In a video roast of Leno presented by Leno's friend Billy Crystal, by people making suggestions as to what Leno might do with his imposed retirement, there in the middle of it is Obama himself, the man in the Oval Office, the man known to be of incredibly thin skin about minutia like his golf game, suggests that he has an assignment for Jay Leno as ambassador to Antarctica!   Antarctica!  Land of the South Pole, land of no people other than a few scientists and fly-over tourists!    Didn't Stalin used to send people he found politically irritating to Siberia?  To the edge of the North Pole?

Gimme air!  I thought was going to die of shock!  Obama really doesn't like Leno, does he!   My God, did that petty little manine himself order the canning of Jay Leno?  – just like he personally ordered the canning of GM CEOs, Republican car dealers, and threatened the career of a private industry journalist who dug too deep into Benghazi?   As Greta Van Susteren stated only last month:

And then as I was sitting at my desk thinking about the reporting since September 2012, I thought about the weirdest of all and the worst of all for me personally!  I remembered a disturbing phone call from a good friend in the Obama Administration.  I have known this friend for years.  The call was a short time after 9/11 (maybe Oct. 2012?) In the call, my friend told me that my colleague Jennifer Griffin, who was aggressively reporting on Benghazi, was wrong and that, as a favor to me, my friend in the Administration was telling me so that I could tell Jennifer so that she did not ruin her career.   My friend was telling me to tell Jennifer to stop her reporting.  Ruin her career?

So I got to thinking.  Could it be?  Really?  Suppose Jay Leno told just one too many Obamacare jokes?  Just as he did at 3:15 of his last show, he's told hundreds before!  He can't help himself.  It's what he does.  He's a comedian.

Can the man in the Oval really be so petty as to snap his fingers and have a comedian fired?   Is a comedian above a journalist to this guy?  I'd say not if the comedian or journalist has the public's ear!  Suppose the man in the Oval Office really is so desperate to sell the public on his disastrous Obamacare that he can no longer tolerate any more Obamacare jokes?  I already know his thin skin cannot tolerate any jokes about his golf game.  Conspiracy theorists run amok on the White House Facebook page calling him all kinds of names, but post a joke about his weak golf game on there, and the White House will remove it in a flash!  (Go ahead – try it!)    He is already proven thuggish enough to threaten to destroy the careers of journalist political irritants,  so I can easily believe he did order the canning of Jay Leno.

And I got to looking — how deep are NBC's connections into the Obama adminstration anyway?

Wellllll!  You tell me! 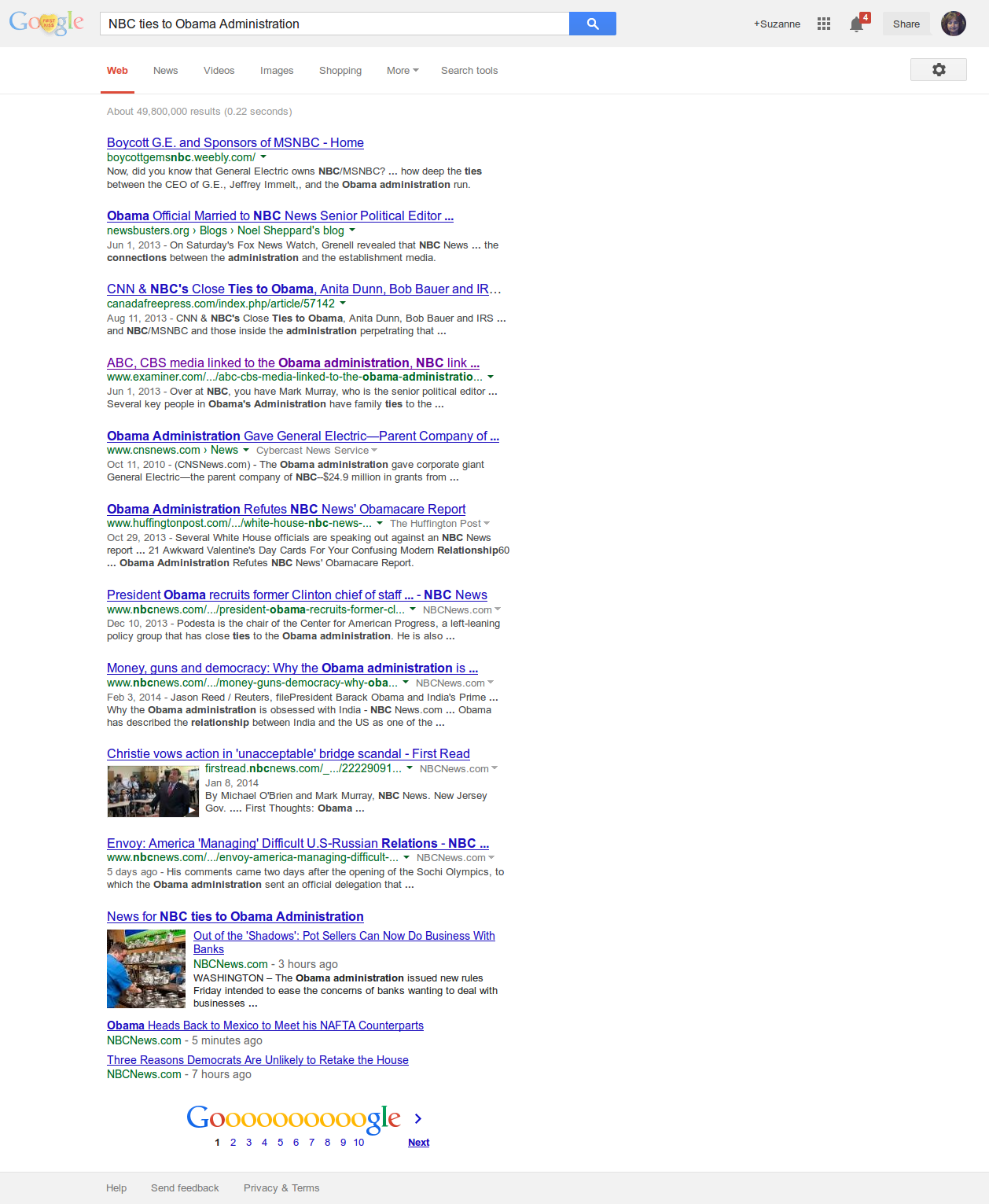 And now, the pièce de résistance!  The news just out today is that

Obama really is inventing an ambassadorship to the "Arctic Region"!

The North Pole is ocean, surrounded by the northern tips of several countries, including Russian's Siberia.  We already have ambassadors to all those countries.   We need another one to Siberia specificly?   So what's going on here?  Aha!

Ala Stalin, he just wants to send people to Siberia too!

I can't prove any of this.  I just put pieces together.  But I sure smell a rat.

Update 2-17-2014 – Was watching promos on local Phoenix NBC affiliate, KPNX, where one of our local talent was yuckin' it up with Jimmy Fallon, promoting the post Olympics relaunch of "The Tonight Show", with himself as the host, and there it was!   The payoff, or should I say, the butt kissing by NBC of the Obama administration, is that Michelle Obama will be a guest on this show in the very first week it airs!  You can read about it for yourself, here:

The celebrity lineup continues with Hollywood heavyweights, musical A-listers, and others as Fallon takes over the late-night talk show.

Blech.  My Golly, if her own husband doesn't want her in his living room, why should I want her in mine?    Proof positive that NBC makes big decisions that are counter-productive to their pocketbooks.

And this — the ever suspiciuos online personality, Alex Jones, has reached the same conclusion I have as to why NBC axed Jay Leno, but for slightly different reasons.  Check it out.  Are we both wrong?