@WolfBlitzer Makes Jackass of Himself as Hillary-Birther Denier

2008: Michelle Obama openly refers to Barack Obama’s “home country of Kenya”, which is probably what inspired Clinton’s own starting of the Obama-birther movement, in that year’s primary season – 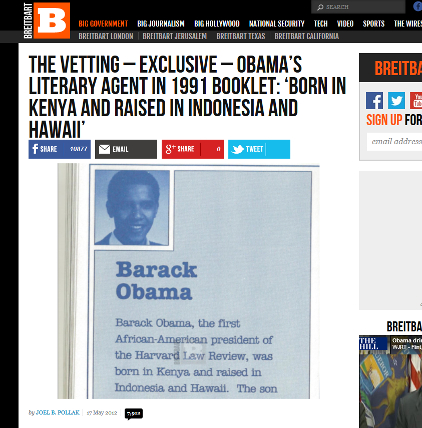 Of course, the very original “birther” was Barack Obama himself, who claimed in his own book bio in 1991, that he was “Born in Kenya” – http://www.breitbart.com/big-government/2012/05/17/the-vetting-barack-obama-literary-agent-1991-born-in-kenya-raised-indonesia-hawaii/

And we also have the Archive.org “Wayback Machine”, which took a 2007 time stamped snapshot of Obama’s own literary agent’s website which lists the junior senator from Illinois, Barack Obama, as “born in Kenya” – http://web.archive.org/web/20070403190001/http://www.dystel.com/clientlist.html#o 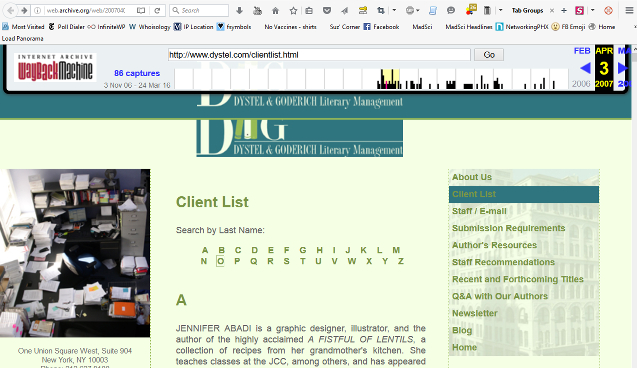 So no, Wolf Blitzer, you are neither going to ridicule the birther movement, nor are you going to somehow hang it on Trump as some boat anchor that YOU WISH it were.

Now that the voters have rejected Canadian Ted Cruz, you can bet by the end of Trump’s first term, he will have legislatively carved the Eligibility Certification Process in STONE, so we never have to face the prospect of a foreigner in the White House again.

It will be at Trump’s discretion whether to prosecute Obama or Cruz, and anyone who helped them perpetrate their frauds.

But Wolf, you look stupid as hell.