It appears maybe God was fed up with Pope Francis’ habitual knee-jerk criticism of normie Roman Catholics for being, well, normie Roman Catholics, especially of those who pray the rosary, which is merely a guided meditation on the life of Jesus Christ as seen through the eyes of Mary, His mother, a woman very dear to the Lord’s heart. 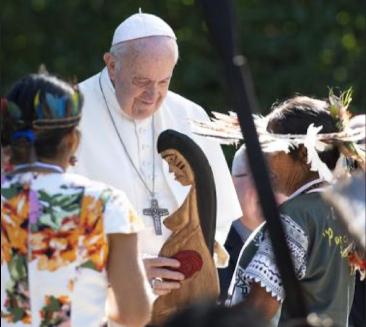 This Pope has been very clear on multiple occasions, that he prefers Roman Catholics should participate with him in his idolatrous infatuation, his adulterous affair, with his personal favorite porny pagan fertility idol, some naked saggy-breasted gift shop carving out of the Amazonian jungle, even going so far as to install it for an art run in St. Peter’s Basilica, scandalously under the eyes of our own Blessed Mother.

Hilarious story
(There’s the hilarious story of a handful of offended Catholics having raided St. Peter’s and thrown the idol into the filthy Tiber river, and the pope then having had it fished out and apologizing profusely to somebody for the raid, we’re not sure to whom.)

Well now the tables have turned, and Il anti-Catholic Papa has been cornered by his own Roman Catholic flock into acknowledging and (shudder) honoring Our Lady the Blessed Mother, in the most public, spectacular, worldwide coverage, once in a lifetime way, and in such a way as to kick his heart throb wooden carving to the curb.  (Had he fallen for one of the DrudgeReport’s many lonely hearts robot-sex promo headlines?

A little background on this spiritual warfare:

Over a century ago when Our Lady, the Blessed Mother of Jesus, appeared in Fatima, Portugal, she requested that the pope single out and consecrate Russia specifically to her Immaculate Heart, lest Russia spread her errors around the world.  No pope since 1917 has taken her up on it, because the cowardly political cardinals surrounding him wouldn’t have it, deeming that such a beautiful ceremony calling for world peace and love at that linchpin of history would have been somehow “diplomatically offensive”.  (To whom, Sataaaan?)

So instead of peace, since 1917 Satan has had his way with the world, which has suffered at Russia’s hands with two World Wars, the violent Bolshevik Communist Revolution and population purges by the Soviet Union, which of course inspired the population purge by German National Socialists (Nazis), as well as the violent Chinese Communist Revolution and their population purges, commoditizing human beings, even organ harvesting, still violently oppressing over a billion Chinese people, and various other violent communist takeovers and purges around the world.  Just genocide after genocide — all of which have been only expanding now in the 21st century. 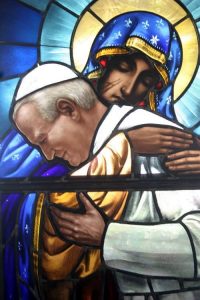 To be fair, one Pope, John Paul II, long devoted to Mother Mary, did try in 1984 to slide by his sneering minders by consecrating “the world” to her Immaculate Heart, but that was not what she had asked for.  Russia was to be specifically named.

So here we are in 2022.  Russia has initiated another war with its neighbor the Ukraine, a word that once meant “the borderlands” (of Russia, I presume).  Whether you believe President Putin that he is only there to destroy American bio-weapons manufacturing plants, and take out the CIA-fomented remnants of genocidal neo-Nazis in the Ukraine’s eastern provinces, people are still dying horrible deaths, that never should have happened, were it not for that historical fork in the road in 1917.

Who knows?  Maybe Putin, professing himself an Orthodox Christian, but in his own warped way, is trying to undo the century-long spread of errors by Russia that even the American CIA/deep state is now perpetuating with its bioweapons factories operating in Ukraine.  But his “death toll be damned” attitude is his huge mistake.  And being Eastern Orthodox and not Roman Catholic, of course he could be loathe to now ask the Roman Catholic Pope to perform the ceremony requested by the Mother of Our Mutual Lord.

So here we are, Russia and the Ukraine are at their own regional war, which the entire rest of the world has been positively salivating to get into and explode into yet another World War, WW4!!  Their bioweapons and vicious Branch Covidian lockdowns of their WW3 did not purge enough of the world’s population for their filthy growing blood lust. 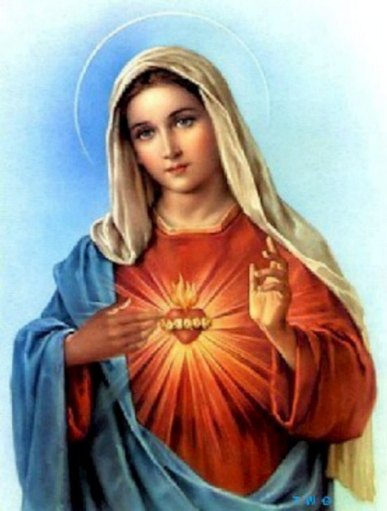 But now even the Russian people have had enough, such that the Russian and Ukrainian Catholic Bishops joined together and issued a public letter to Pope Francis, dated Ash Wednesday (March 2, 2022),  begging him to please perform the requested spiritual ceremony, specifically consecrating Russia and now its sister Ukraine to the loving Immaculate Heart of Mary.  She always points to her Son, Jesus Christ, as the Prince of Peace, the Light of the World, the Way, the Truth, and the Life.

What was Pope Francis gonna do?  Tell them “NO”??

Yes, of course he prefers to slip his cruelties under the western media radar, such as his sale of the Chinese Catholics to Xi Jing Pingpong, and his sale of Western Catholics to the corporate death and disease injectors.  But this time he was publicly backed into a corner and forced to scheduled the Consecration (holy dedication) on March 25, 2022, of Russia and Ukraine to the Immaculate Heart of Mary, and kick his fake wooden idol to the curb.

But boy, was he embarrassed!  It was quite obvious from the first press release announcing the scheduled date, calling it the “reconsecration”, or “renewal of previous consecrations” (ya can’t “redo” what was never done), that he needed to cover for all the previous popes who had not performed it.  Then the text of the ceremony as published sure looked like Pope Francis was desperate to bury the actual consecration mentioning Russia behind a huge mountain of verbiage praying for whole world, which was not in itself offensive, but then he even tried to hide behind the skirts of Pope Emeritus Benedict XVI for a “joint ceremony”, which sad to say, ultimately Benedict was not physically up to joining with him publicly.

There are a few Catholics who, rightfully angry over the century of delay, will never believe this anti-Catholic pope, who is so arrogant he instituted an 8th sacrament over the Lord’s 7, (the new sacrament of vaccination, required to enter the Vatican), could have possibly performed this consecration when his heart was so obviously not it.  But Mary didn’t ask his heart to be in it.  Only that he do it.  And he finally has.

Now in less than a week, we are already seeing Russia back down on its attacks on Ukraine and enter peace talks.

For this spiritual victory, we are ever grateful!!