I was delighted to hear that Sarah Palin was throwing her hat back in the political ring, and that now she’s been endorsed by Donald Trump himself.  She’s already been through the same ringer Trump’s been through.  I would LOVE to see her run for VP again, on Trump’s 2024 ticket.

And just think, Barron Trump is only one year older than Trig Palin.  They could easily become soccer buddies, the brilliant son of wealth and privilege, and the disadvantaged son of normie America, a Downs Syndrome boy, part of the most hunted and killed demographic in the world.

That is why his mother was so hated the last time she ran for office.  She had refused to abort her disadvantaged son, who will forever live as a symbol of the true equal value of us all in God’s eyes.    She was the absolute beautiful picture of loving motherhood, in a world where motherhood and now womanhood itself, is disparaged.   The global predator elites can’t have us expressing unconditional protective love for our children. 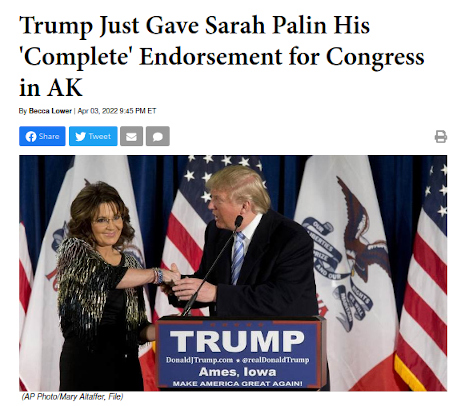 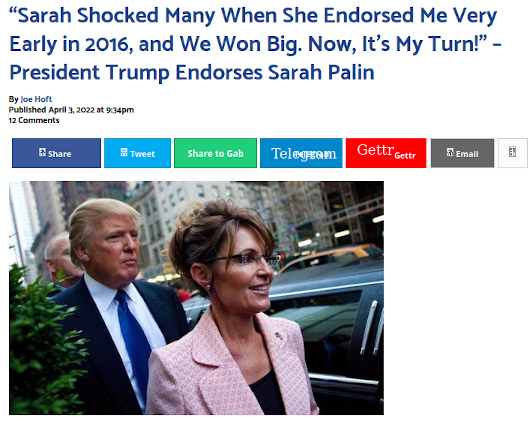