The American Mustache Institute has suddenly dropped their endorsement of Herman Cain this week, simultaneous with the allegations against him of sexual harassment, which have now been proven false via voice analysis lie detector software.  So AMI now claim they dropped him for entirely unrelated and admittedly entirely frivolous reasons.  WhatEVer.   After waiting 98 years for a mustachioed president, they’ve blown it.  I think they just don’t like his politics, but don’t want to admit it and lose their conservative members.

It all puts me in mind of the Winston Churchill story. Sporting a recently grown handsome mustache, he escored a young lady to a dinner.

“Mr. Churchill”, said the young lady, “I care for neither your politics, nor your moustache”

“Don’t distress yourself, my dear young lady, I beg of you,” returned Mr. Churchill; “you are not likely to come in contact with either.”

Yup, the AMI blew it big time, pretending that a rumor that Mr. Cain wears a false mustache was one of the reasons they dropped him.  Well, who cares?  Real or false, he wears one.  It’s handsome.  It makes mustaches look good.  Mr. Cain is a cancer survivor, and if the AMI were to look at pictures of Mr. Cain both before and after his cancer treatment, they would notice that Mr. Cain now has less hair in general then he had before his treatment.  Uhm, isn’t hair loss common with cancer survivors?  If he likes a mustache, he should have one.  Would the AMI be blaming him now if he wore a wig?

I think we should all start wearing Herman Cain mustaches.  If you can grow ’em, fine.  Not every one can.  But the rest of us need not  feel left out.   The wonders of modern science have given us multiple answers!  The first would be to simply glue on a stage mustache, and impress your friends and enemies alike, with your handsome face and show of solidarity with Herman Cain.

The second would be to apply a Herman Cain pencil mustache to a photograph of yourself, sure to make your online profile pictures distinctive.  If you’d like me to apply it for you, you can order your very own.  Just place your order and email me your picture, and it will come back to you by return email with mustache applied.

– Just do the mustache.

– Do the mustache and send $5 to the Herman Cain campaign.

– I already have a mustache. Just send me over to Herman Cain’s campaign donation page.

Well, so we know for sure from the voice analysis that at least one of the ladies who has accused Mr. Cain is lying, and that she knows she is lying. From her low class choice of phraseology, we might even infer she only wishes she had Mr. Cain’s mustache under her own nose.

She’s going to be needing that lawyer of hers.   This other lady below, we don’t know what’s going on in her haid, but she might be a little thin skinned, so we’ll just have a little fun with her horse, whom I’m sure doesn’t give a hoot. 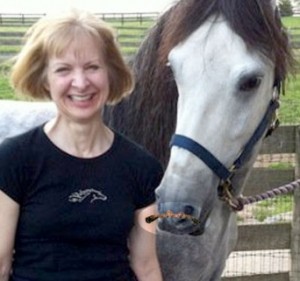