New Christmas Tree Tax would have been a Dhimmitude Tax 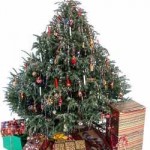 So after all the political correctness of the thought police converting “Christmas Trees” to “Holiday Trees”, the Federal Government is going to step in and cross the line between Church and State and advocate we convert them back?? And it’s going to fund this campaign with a nationally imposed sales tax on “Christmas trees” only?

Somebody take this to court, please.  This Christian doesn’t want this kind of “help”.

First it was the tax on whites-only (tanning booths).

Now it will be the tax on Christians only, because if we only call them “Holiday Trees”,  nobody will pay the tax!!

Can you say Dhimmitude Tax?   Dhimmi Tax is the shakedown tax that non-Muslims pay to be allowed to live ostensibly unmolested in a Sharia-law country.

What else can we possibly call a tax on Christmas decorations only?   Where’s the tax on Rhamadan decorative plates?

Any doubts now about who Obama really is, and where his allegiences lie?

Update  12:00 noon MST — The very same day he calls for a tax (by sheer executive fiat) on Christmas trees, Obama is forced by the hue and cry of the public to call it off!