Hey, for what it’s worth, Breitbart itself broke that BARACK OBAMA was the original Birther, having claimed to have been “born in Kenya” in order to sell his books.

The Vetting – Exclusive – Obama’s Literary Agent in 1991 Booklet: ‘Born in Kenya and raised in Indonesia and Hawaii’ – Breitbart News, May 17, 2012

And here is the archived Archive.org link to snapshots of Obama’s literary agent’s website quote, that from 2005-2007 published the words ” He was born in Kenya to an American anthropologist and a Kenyan finance minister and was raised in Indonesia, “: 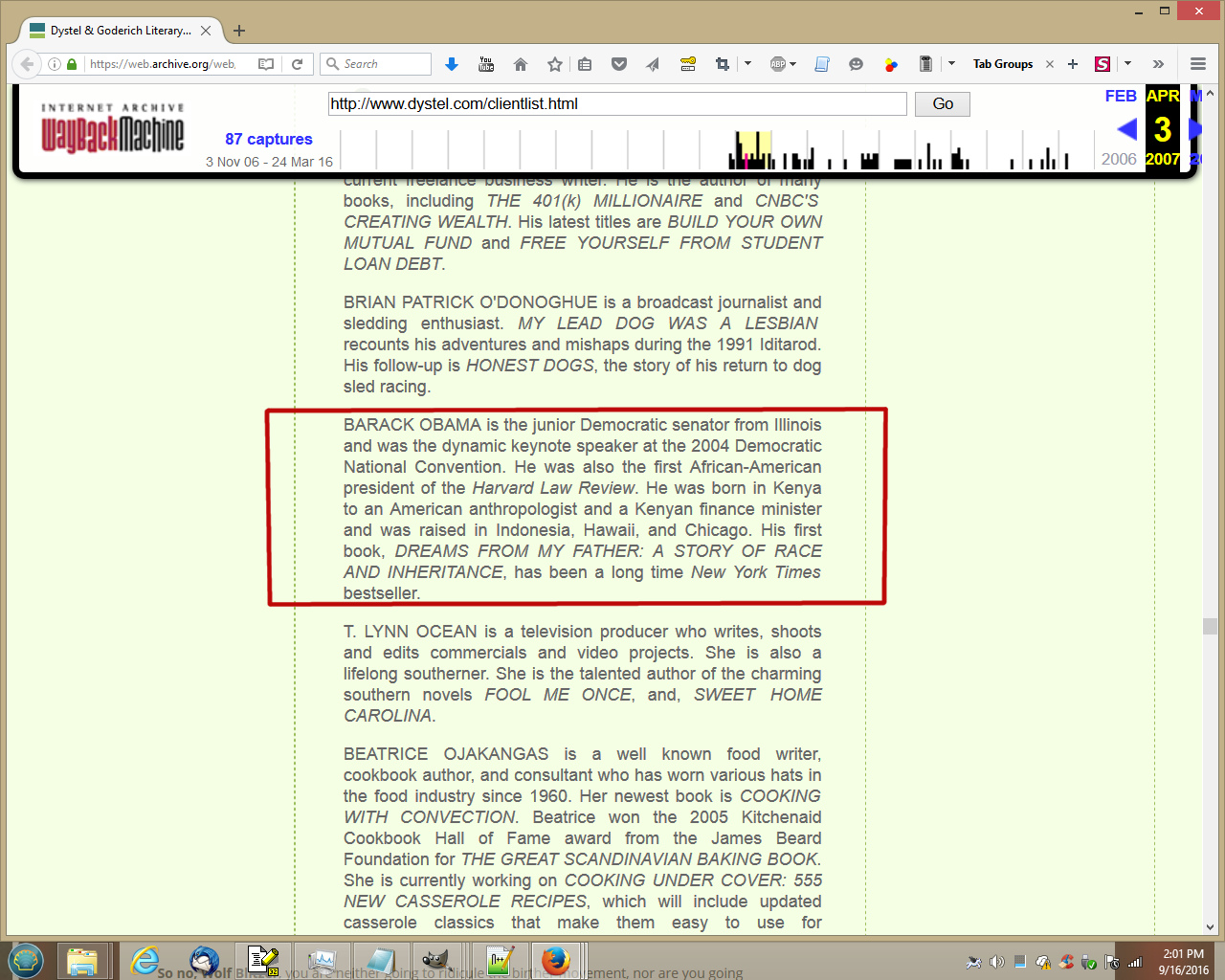 We know literary agents get their authors’ bios from the authors themselves.

And personally, I don’t think Trump is done with this, because no matter where Obama was born, Trump knows Obama became (in childhood) and still is — and Indonesian citizen.