This was one of those things that if you blinked you missed it, but luckily once I was reminded of it,  I was able to find it: 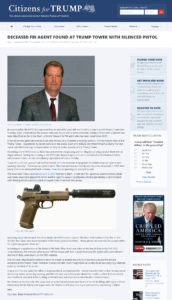 The Clinton/Bush MSM has been trying hard to bury this story for 3 weeks, even going so far as to republish the story with an altered name and photograph, to try to throw people off the scent.  But we won’t be thrown.

Life as a legally dead person is extremely difficult, so Mr. Barry Lee Bush was obviously not stupid enough not to have known that Donald Trump was in Florida at the time, so it is likely he had another target in mind.

However, your humble correspondent cannot take any credit for connecting the pieces.   That credit goes to former Clinton CIA operative Larry Nichols, (who found Jesus and come over to the light after the Clintons started asking him to kill children), who pieced it together for us on his weekly radio show: 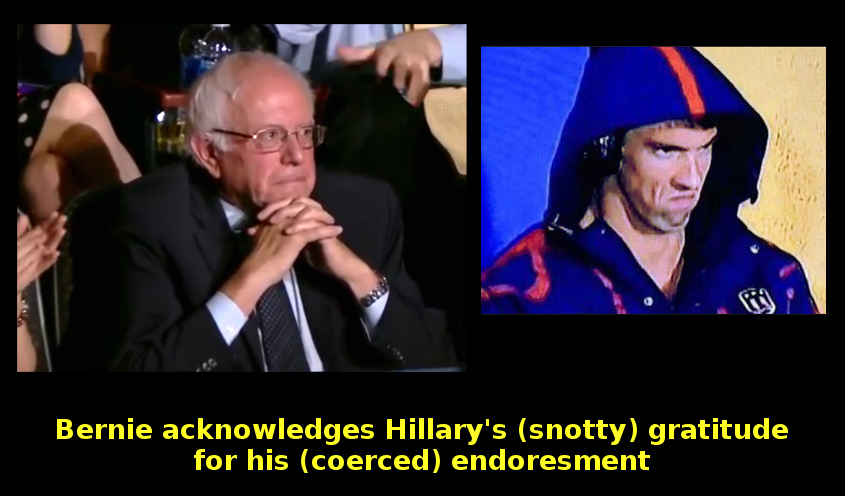 Mr. Nichols reminds us of the history of Ross Perot, who running as a third party candidate against (cough cough) both Bill Clinton and George Bush Sr. in 1992, suddenly dropped out of the race, ala Bernie Sanders, after operatives threatened to “crash his daughter’s wedding”, as in, kill his daughter.   The Clintons had been happy to have Ross Perot pull votes away from Bush Sr., and the Global Elites hadn’t cared which would win, Clinton or Bush Sr., until it looked very possible that Ross Perot could pull so many votes he could have won all of it.  And that, they just simply couldn’t have.

So don’t think for a moment Donald Trump was not/is not aware of all this.  In answer to a question as to why Trump never buttoned his suit jacket, InfoWars published in February that Trump always wears a bullet proof vest.  Obviously, Trump has had his jacket refitted since then, but this came as no surprise to me, as I had seen with my own eyes in December, at the rally in Mesa, AZ, that Trump is also armed.  I was in the crowd behind him, and as he leaned forward to the mic, there was the classic sidearm bulge under his right hip jacket flap.  If you also rewatch the video of the jerk who rushed the stage in Ohio a few months after that, Trump reached for his right hip, and later soothed the crowd by assuring them he “was ready for him”.

But I have also noticed how Trump’s sons Don & Eric have struggled with keeping their own suit jackets buttoned early in the campaign, but still available on video.  And who else noticed, hiding in plain site, that nowhere anywhere, can it be ascertained exactly which hospital Ivanka gave birth in, to the new Trump grandbaby Theodore.  Lots of pictures, fooled us into thinking we had more info than we really had.

The whole Trump family is taking their lives in their hands for him to run.  It’s all right in front of us, for those with eyes to see.   (We owe them all our deep gratitude.)

Ivanka has baby in unnamed hospital

So putting all the pieces together, and with the Clinton body count piling up even just since the DNC convention, it is not hard to figure out exactly what Barry Lee Bush was up to in Trump Tower 😥

Addendum: Respected journalist Bill Still does not believe this dead FBI guy story, but suspects it was a plant by the Clinton machine, because the source website “get off the bs dot com” won’t give a straight answer as to his own sources.

But plant or real, it still sounds like a warning shot across Trump’s bough to me! It fits the pattern with both Ross Perot and Bernie Sanders, if we read their situations to interpret threats to their families. Real or fake, it looks to me like Trump is aware of danger to his family (protective vests, and control of information as to their whereabouts).