MSM articles failed at normalizing pedophilia, so it tries hiring comment trolls to do it. #pedogate

Re: Father of Tennessee teen: She ‘may not be exactly’ the person she was prior to alleged abduction 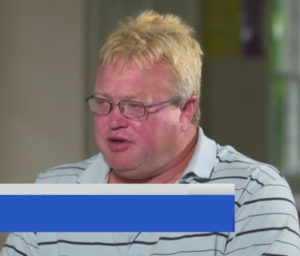 So this dad says he wants his newly returned abducted daughter to be the “same person she was” before the kidnapping, and the first thing she asks for to return to normality is to see her baby sister, and the f***ing dad REFUSES?  Can you say complete disconnect?  What kind of a CRUEL PIG is he?  Did some “authority figure” tell him to isolate her and not let her talk it out, so they can keep her testimony “pristine” while they compile their case for 2 years for prosecuting her abductor? JMJ. Absolutely by then she’ll need trauma counseling, just from not being allowed to talk about it all this time.  She’s been traumatized and the dad is just laying down and taking state instruction on how to traumatize her further.  Nullifying her is what abductions are all about.  Stop participating in your daughter’s nullification, guy.  Let her reunite with her baby sister. Demand her non-evidentiary clothing back, or take her on a shopping spree.  I’m sure plenty of people would contribute to a gofundme for something like that.  My God.  She needs protection from further trauma at the hands of the State now more than ever.

But even more than this non-protective, milquetoast, submissive, simpering state-complient “model citizen”, I am stunned by the number of comments at the bottom of the article attacking this underage girl, as if she’s at fault, by weirdo jaded hags absurdly pretending to remember  fondly back to their own promiscuous youths as underage girls, sickeningly protective of their own much-older men predators.

So this whole incident/story planted on Yahoo smells really bad. It has all the earmarks of just another false flag to push an agenda.  Or if it’s not a false flag, it’s at least being severely manipulated for some agenda.  What agenda?  Well, we’ve been seeing the MSM testing the waters for a while now to see if it can float the concept of “normalizing pedophilia”.  Ha, they found out can’t get away with it as actual articles. Salon tried publishing a pro-pedophilia article, and the backlash forced them to delete it.

But what’s so shocking now in this story, is that, since the MSM didn’t get away with normalizing pedophilia using authored titled articles, it has now resorted to anonymous paid comment trolls.   But they are so easily spotted.  They just habitually take the most absurd anti-victim position possible, (it doesn’t matter what kind of crime), and never explain themselves.   The idea by the MSM is to see if they can create the impression of a dog pile “group mentality”, to try to use “crowd persuasion”, to stampede the general public into favoring pedophilia.  Well it’s just not going to work.  (And please excuse me while I throw up

Elizabeth Thomas, underage kidnap & rape victim, whose face is outrageously plastered on the MSM, like the victim’s the criminal, side by side with her rapist’s mug shot

Sorry, MSM, that last red line you cannot cross. You cannot nullify parents’ natural protectiveness, or ever break the protective bond, that parents feel for their children.   That’s what being a parent IS.

Which brings me to – where the hell is the girl’s mother?  Was she disappeared from the article because, being a normal mother, she didn’t fit the agenda narrative?

So of course we’ll never hear in the MSM that Trump/Sessions have made over 1500 pedogate arrests since they took office, as they unwind the child-trafficking industry all the way from the smallest local pizza parlor to elites at the very very top, where we’ll find the Clintons & Obamas at Jeff Epstein’s Pedo Island. You BET it’s coming out, sooner rather than later, and so you BET the MSM wants the public looking kindly on pedophilia by then. So of course it’s roll out the trolls and “Blame the Victim” time.  Here, feed your brain some feces.

I don’t think so.