After 8 Years of ridiculing Birthers to cover for their man Obama, along comes a conservative candidate who might threaten Obama’s destructive leftist legacy, and the NY Times suddenly “sees the light”. 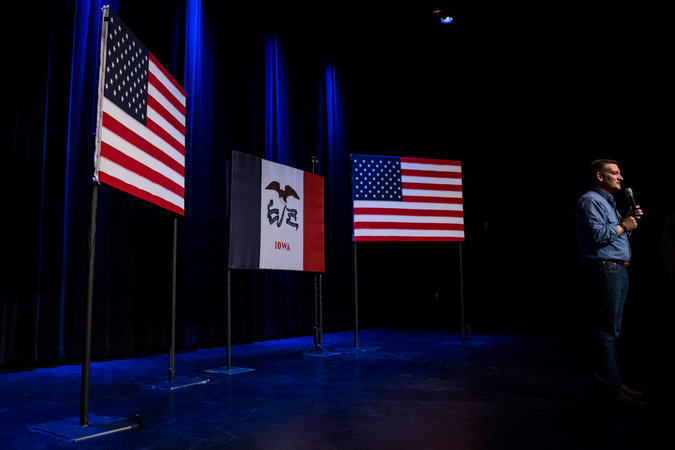 Senator Ted Cruz at a campaign stop in Waverly, Iowa, this month. He was born in Canada to an American mother and Cuban father.

In an open letter I sent the Ted Cruz campaign two weeks ago, I laid out all the issues, which Cruz chose to blow off.  Instead Mr. Legal Scholar chose to lash out and absurdly insult all NYers (myself included, as a former NYer).  I had liked him up to that point, and thought a Trump/Cruz ticket would work well. But not anymore.

Politics aside, this shows how far ahead Donald Trump thinks in figuring the angles — and how little Ted Cruz does, even when they’re spelled out for him a week before he steps in it big time.   Well, no thanks.  I prefer a president who can see down the road and line up his ducks.  Cruz should have gone to court, called for legislation, called for a constitutional amendment, anything in that vain, years ago.   He knew he planned to run, and he didn’t lay the groundwork.

No, he was too busy hiding and cowering about this issue, despite all of Obama’s troubles, because the NY Times et al were ridiculing “birther” people.  NY TImes says “Boo!” and people jump.  How will he stand up to ISIS terrorists facing our country?

Well, here’s the dirty little secret. It doesn’t even matter where Obama was born.   Obama himself confirms, in his autobiography ghost written by his fellow terrorist Bill Ayers, that he’s not a U.S. citizen at all!  He confirms he attended a Muslims-only, Indonesian-citizens-only  madrassa in Jakarta as a child.   And, we certainly know there is no documentation (or he would have had it made) that he ever even had the decency to renounced his Indonesian citizenship for American, the way Cruz renounced his Canadian citizenship.

As Trump’s a kind of guy who has now demonstrated (to us concerning Cruz) that he figures the angles and thinks way down the road, I don’t believe we’ve seen the last of Sheriff Joe Arpaio and his eligibility investigative posse.   He and Trump have stayed in touch since those heady days of forcing Obama to fake a birth certificate.  Arpaio even gave a warm up speech at Trump’s Mesa, AZ rally.

I don’t believe Trump intends to finish his first term without putting an end to the chaos the eligibility issue causes once and for all, and carving the legal definition of “natural born citizen” in stone tablets, as his gift and legacy for our country, and for his grandchildren.