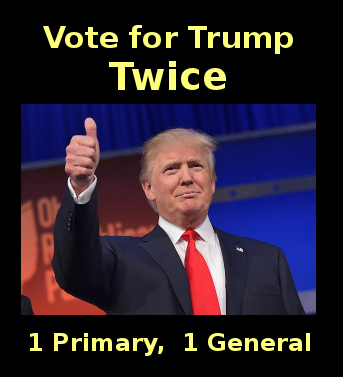 I am a huge fan, and plan to vote for you twice, once in my state’s primary, and once in the general. If the Republican party somehow manages to deny you the nomination, I will vote 3rd party, whether you run or not.

First, I wanted to make you aware of an article claiming the applause & boos at the most recent Republican debate were computer generated. The unnatural on & off was noticeable to us at home. We thought at first the audience must have been following signs, but a friend and I both noticed that the camera shots of the audience did not even match what we were hearing. Perhaps your own analysts could confirm or refute the findings of this article – 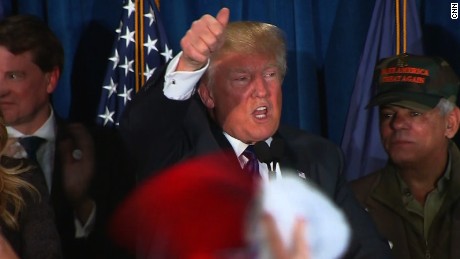 Second, since you looked so sunburned at your New Hampshire victory speech, and as I am a person with white Irish skin living in Arizona who likes to read nutrition websites, I want to pass along a tip I use myself, that might also make you immune to sunburn — eat berries with your breakfast. It works shockingly well for me! (I went from burning within 5 minutes, to being able to spend over an hour in the Arizona sun without burning.)

Thirdly, I suspect CBS intentionally used that horrible violent orange-red background behind the Republican candidates to make them all look bad, and to set up the angry gut twisting atmosphere they intended to create. I had to actually desaturate the color in my TV set because it was burning my eyeballs, and watch it in near black & white. If you use any footage from that debate in any future ads, I would like to suggest you turn the footage black & white, or near black & white, so the audience can stand it.

Fourth, the claim that Planned Parenthood provides any “women’s health” services not related to abortion is extremely doubtful. The Washington Post did an expose’ last fall:

In my jaded several decades in the pro-life movement, I have never known Planned Parenthood to provide anything not related to abortion or abortion marketing, such as going into high schools to promote the promiscuous non-family lifestyle with notoriously ineffective “birth control”. This is how they generate their “business”.

Finally, Finally, Jeb Bush’ claim that he is pro-life is laughable.  An article in Mother Jones magazine last fall exposed the Bush family’s involvement in Planned Parenthood, and in particularly Jeb’s:

I personally have never forgiven Jeb Bush for allowing the execution of Terri Schiavo while he was governor of Florida, without even attempting a pardon, but as a pro-Trump Iraq war vet said to someone sitting in for Megyn Kelly last night, Jeb Bush is a “noodle”.  (I love that line!)