Obama to Retire to Cuba

People are scratching their heads over Obama’s sudden “normalization” move with Cuba. Why Cuba? Why now?  First, I’ll tell ya why Cuba. Obama kisses communist butt, because he was steeped in his white grandmother’s communist social life in his teen years. He loves all things Communist, which is why he’s letting Putin patrol the Gulf of Mexico (Washington Times), and of course he loves the Castro brothers and Cuba and what they’ve done for (er, um, to) their country.  But won’t Cubans be surprised when he also starts having our troops build mosques there, to recreate the environment of his Jakarta youth.  After all , he says there’s no sound prettier than the call to prayer at sunset (NYTimes). 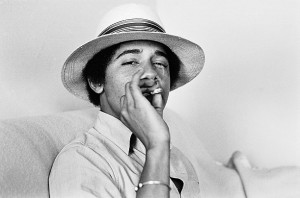 Why now?  Well, between Jakarta & Hawaii, Obama loves the island life, and I believe he intends to retire to Cuba, whether it’s before or after his term ends. He will certainly have to leave U.S. jurisdiction, because his Chicago-style crimes while in office cannot be “hidden in plain site” forever, and Cuba Protects America’s Most Wanted (Daily Beast.

It’s just a matter of how fast the two Republican Houses intend to catch up with him.