Reality Check: Facebook wasn’t hacked. ICANN was. How to stop it from happening again.

We all watched with interest, horror, and glee, as Facebook went down for approximately 6 hours on Monday, Oct. 4, 2021, all over the world.  Having owned and managed several domains and websites myself, spread over multiple registrars and hosting services, I knew right away that when my browser showed me the error message, “We’re having trouble finding that site” — 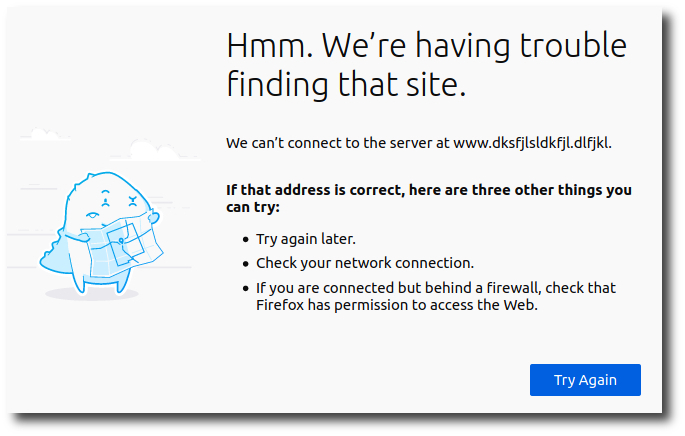 …that this was not a hosting issue, or necessarily even a hack.   Not finding a site at all is very different from finding a broken site, a hijacked site, a slow site, or a stalled site suffering from a dumb brute force Denial of Service Attack.   I thought maybe it was just a big “oops!” from somebody on the inside, like I do to myself sometimes with all my tinkering, such that only one or two people with access to Facebook’s DNS file (defining for browsers where to find Facebook.com) could have done it.  The DNS file could have been  at their registrar, or at wherever their DNS server was defined to be.  But I was wrong.  It was BIGGER than that!

Looking under the hood

I did a whois on Facebook.com, which gives you info about a domain name, which gave me whois facebook.com   (or view screenshot)    That shows me that Facebook’s registrar is RegistrarSafe, LLC, at RegistrarSafe.com, and that Facebook’s nameservers (pointing to its hosting servers) looked to be in order.  But a DNS trace on it (see screenshot), to give me its IP address, showed that all was not in order, and that Facebook was indeed down all over the world, not just where I was.

Every domain needs a registrar company to register it, to keep ICANN’s IANA database (Internet Corporation for Assigned Names and Numbers, Internet Assigned Numbers Authority) updated as to the domain’s ownership and location. ICANN/IANA effectively holds the giant phone book of domain names, connecting each name to its specific IP address, so your browser can find it and display its website.

Hmmm.  I’ve seen a lot of domain registrars, but I’ve never heard of RegistrarSafe.com before.  That’s a new one on me. So who are they?  I made another query: whois registrarsafe.com  (or view screenshot)

And voila, RegistraSafe, LLC, aka RegistrarSafe.com is owned by Facebook itself.  Kind of circular.   But Facebook sells domains?   I’d never heard of that before, either.   I wondered whether anyone can buy a domain from them.  I tried to visit the RegistrarSafe.com website.  And got the same error message as Facebook itself, as well as all known Facebook owned properties, such as Instagram and WhatsApp, were giving:

WHAT?   A registrar itself is down???  In all my years, I’ve never seen anything like that – ever!!

I did a DNS trace on that, too, and regret that in my shock I neglected to take a screenshot.  But it looked much the same as Facebook’s DNS trace did.  Red “X‘s” all over the world map.

So then comes the news that whois services were offering the Facebook.com domain name for sale!  (article archived here).  Which means that the giant ICANN database itself could not even find one of its own registrars, because it was acting as if the RegistrarSafe group of domains did not even exist!

RegistrarSafe.com itself had just disappeared like it had never existed.   How can such a (might I say fraudulent) deletion be made from the ICANN / IANA database?

Well, years ago, I myself had seen a fraudulent insertion into the ICANN / IANA database. It was an obvious hack, by a registrar that is still for some unknown reason popular to this day, and who had been very clever about covering its tracks at the time, as I’m sure it was committing this cybercrime on a regular basis.  When I saw it happen to my friend, I was so angry, I blogged about it, here (archived here), and I never bought another domain name from GoDaddy again.

This all brings me back to the days of the 2016 presidential campaign, in October 2016, when Barack Obama had just cast the American invented, owned, and taxpayer funded ICANN out onto the international waters of unnamed nebulous “stake holders”, otherwise known as U.N. predator NGOs, the NWO itself.   I remember at that time that so confident was she in her arrogance, secure in the knowledge of what Obama was doing for her, that candidate Hillary Clinton actually campaigned on the promise of confiscating the domain names of anyone she didn’t like.  She particularly had Alex Jone’s domains in mind,  She said so.  But I am not always “politically correct” myself, and I could foresee myself as her target too some day.   I was so shocked and disgusted, I blogged about that here, too (archived here).   She did manage to start the drum beat for Internet cancel culture, for people’s paid domains and hosting services being revoked by their providers.  This of course gave rise to registrars like Epik, who don’t play the cancel culture domain confiscation game, and the cancellation of free speech site hosting providers, whom I decline to name here.  Alex Jones moved his domains to Epik, as did finally Mike Adams of NaturalNews (who had hung onto GoDaddy forever 🙄 ), Gab, and finally Parler.  My family and I have a few domains with Epik, too, just to try them out.  Rumble never made the move, and they also host with censor-master book-burner Amazon. I believe Rumble will come to regret it as this WW III censor war progresses.  I just hope video producers don’t put all their eggs in the Rumble basket, as so many now canceled YouTubers are regretting having done, too.

Conclusion, Who done it?

With the disappearance of an entire registrar, as high up in the rarefied air as registrars and ICANN are, between-the-cracks of international law, I have come to the conclusion that the outage of Facebook and its subsidiaries could only have been caused a lone dunderhead at Facebook/RegistrarSafe, or a criminal at ICANN, or far more likely, a lone government agent, of some unknown government, country, or NGO, who took it over for a time, just to shake everybody up, shake somebody down, or just show the world (or each other – because evil people bicker over power) who’s really running the world.

Put the IANA database on a blockchain

Consider that the only real way to save ICANN’s IANA, meaning to save the internet itself, is to put IANA out on its own block chain, so that there will always be thousands of hand-shaking backups, so that tampering with the IANA database, such as has been going on for years, will be disabled.