@RushLimbaugh & @DavidLimbaugh, “Rules is Rules” is destroying your brands

I just emailed both Rush & David Limbaugh. (David Limbaugh is spending as much time on Twitter defending what’s going on as Rush is on air.)
—
Subject: “Rules is Rules” is destroying your brands.

The point of both the RNC & the DNC is to serve the voters, not to serve themselves. This is the 3rd provably defrauded election in a row, and the voters have lost all faith and hope in the American system. Now that the general public (we’re not all political animals like the Limbaughs) have figured out HOW they’ve been rigging it, with or without fixing the voting machines, we have a right to be outraged.

You both either stop “explaining” it (which comes off as defending it!), and start denouncing it and calling for revamp of the election system, or both of your brands will be destroyed along with the brands of the RNC & DNC.

Or have you both just been at it too long? 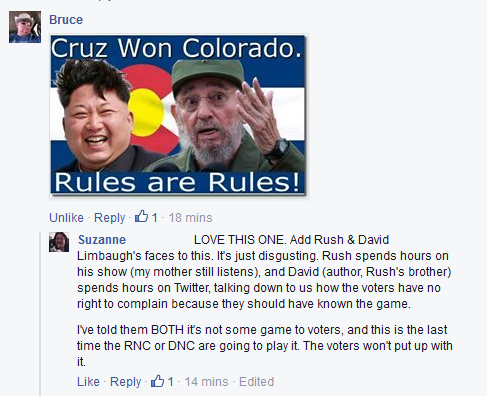