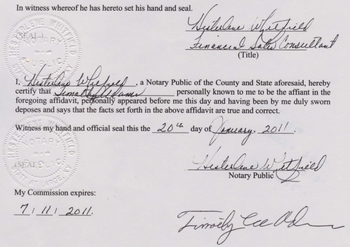 I’ve been shocked to learn that not everybody who would have wanted to know about these issues did know about them.  But a social media friend just expressed shock and horror at this 5 year old article, which I had thought everybody knew about by now.

But no.   So I guess social media really was too new, but it’s finally catching up with it!

Well, Donald Trump, long time habitual twitterer, is a birther from waaaaaay back. Remember, he and Jerome Corsi are the two who pushed hard enough to get Obama to pay an incompetent graphic artist on the cheap to forge him a birth certificate, who did such a half-assed job, it was easily proven a fraud.  Even I knew right away it had been constructed in layers, because it loaded on the screen in back-to-front layers, rather than in top-to-bottom rastering, so it was not a scanned “true copy”.   And then came this article certifying there is not and was never, any Hawaiian birth certificate on record.

But even if the “birth certificate” were true, Obama’s mother later forfeited his American citizenship entirely in order to get him into the Muslim-Indonesian-Citizens-Only-Allowed Maddrassa in Jakarta that he grew up in, before he went to live with his white communist grandmother in Hawaii, to surround himself with her elitist communist social circle.

So not only is Obama not a “natural born citizen”, he’s not a citizen at all. (And neither is Cruz, btw.) You think Trump will ever leave office without the eligibility certification process being carved in stone for all future U.S. elections?

The agenda driven stealth globalists got away with it once, so they think we will put up with it again, so now we have Canadian Ted Cruz, born to two certified Canadian citizens on Canadian soil. That’s right. They had BOTH renounced their prior citizenships for Canadian before he was ever born. That’s provable, and Trump has the info. But like with Obama, the MSM has instructions not to touch it. It’s going to blow big, though, and Cruz is going to jail, before or during the convention.

I believe Obama has smoothed his path with Cuba because that is where he plans to retire. It’s the island life he grew up in and loves and misses, it’s full of communists – people he’s comfortable with, and has no extradition treaty with the U.S. If Obama does not succeed in setting up a martial law situation as an excuse to not leave office, (that IS what he was doing illegally meeting with Biden & Yellen, all 3 in the same room against national security laws), he will be on a plane to Cuba in the mere hours before Trump’s inauguration, before Trump can send the posse’ after him. 😉

PS – We cannot charge Obama with Treason, because he is not a U.S. citizen. Allegiance cannot be “expected” of him. We can only charge him with Espionage. But in neither case, can we deport him. Both Treason & Espionage are prisonable offenses at best, and death penalty cases at worse.

Oh, and that goes for Ted Cruz, too.