So let the world be mad. Trump, Tesla, & the Ancient Pyramids

To my dear German friends,  (and if I had French friends, I would ‘dear’ them, too),

I suppose you’ve seen how many people all over the world are really angry at President Trump over this exit from the Paris Accord thing, but I hope you’re not. The collective sigh of relief, even joy, in most of the American people is palpable.  We’ll be free to actually solve world pollution now, something very important to Trump and to all of us. If you find Trump’s full speech on YouTube, he clearly states he believes in clean air and water.  He just didn’t think this particular political “solution” (of taxing Americans to pay the Chinese to keep polluting China) was the right way to solve a scientific problem.  In fact, it would exacerbate it and keep it from being solved.

He mentioned several times sharing new “clean energy technologies” with the world. When he says things like that, he never really mentions what those technologies are.  I believe that’s because what he’s talking about will, at first, upset a lot of people, those people entrenched in the special interest fossil fuel industries, people with connections to do more than merely assassinate him in effigy, like this filthy former comedienne did this week .  But then these “clean energy technologies” would free the rest of humanity, by completely obsoleting oil, coal, gas, nuclear, wind, & solar power… while leaving no pollution, and being decentralized, meaning it couldn’t be metered or billed.   This would be called a truly “disruptive” technology, because it would disrupt the old, oppressive, system.

A couple of times during the campaign, Trump mentioned his M.I.T. physicist uncle, Professor John G. Trump, and it turns out that that’s the very same guy the FBI turned to, to decipher Nikola Tesla’s papers, when Tesla died.  As far as I can tell, all of Tesla’s patents are online, and some of those FBI papers (that were in the pre-patent-stage) are even now online too. I haven’t read them all, I’m not sure I ever can, but the story going around is that Tesla discovered/invented how to take enough static electricity out of the atmosphere that it could power whole cities.   I think it mimics the action of lightening in a controlled fashion.  But of course this is a form of energy that not only leaves no pollution, but cannot be metered (meaning if you have the device, you have no electric bill.  So of course oil companies would want this squashed out of existence the world over by regulation – why the oil companies themselves so loved the Paris Accord).   Trump, however, protecting his own life and the lives of his family, (see ISIS-style “comedic” beheading fantasies), wisely only mentioned the political, scientific, & economic weapons built into the Paris Accord, and he tread very lightly on what the real issue is coming down the road!

All during the campaign, Trump asked America to “Dream big again!”, and a frequent quote of his is, “If you’re going to be thinking anyway, you might as well think big.”   Trump is thinking so big here, he intends to obsolete the Paris Accord itself, so inextricably dependent is it, or was it, on maintaining the world under the oppressive (but oh so profitable) triple thumbs of the fossil fuels, choking regulations, & blood-sucking taxation vampires.

I certainly believe Trump is aware of his uncle’s work, and that he’s aware of the small companies being born in the U.S. and in Australia (I don’t know about other countries) that are beginning to market these Tesla-inspired clean energy technologies. There is some research now that this was even the original purpose of the pyramids, but that somewhere along the way we lost that knowledge.  There were just not enough people buried in them, and their underground streams, and their former gold caps high in the sky, would have likely worked similarly to Tesla’s Wardenclyffe Tower. In fact, it puts me in mind of Trump’s own towers and his affinity for gold fittings throughout them (and in his plane).  One might think they were gaudy, unless all the gold (highly conductive) serves an electrical purpose. Well, now I’m musing.  Maybe, maybe not.  But I’m sure Trump admires the ancient builders. 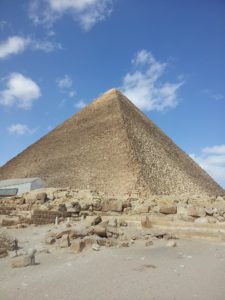 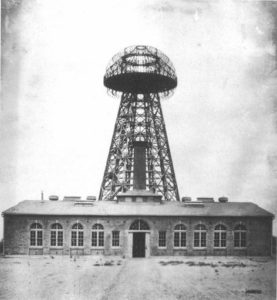 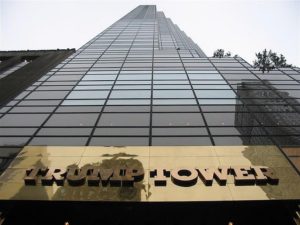 I just hope you and your families can ignore the bad press, the stupid press, and watch it all play out, because I think something wonderful is going to come out of this.