(Ben had obligations out in the worlds of business and finance this week, so Suzanne the Investigator from Mad Scientists Exposed will be filling in.)

Breaking The Banksters with host Ben Cochran (@LuciferBernanke) doesn’t get dragged down into the false left-right paradigm; instead, Ben uses his background in finance and risk management to cover the week’s financial and geopolitical news in a common sense manner.

McAfee at Shape The Future; “Pandora’s box has been opened”

Estonia wants to launch its own government-backed cryptocurrency called ‘estcoin’

But hold your horses, says EU!!!

Interview with a Bitcoin core programmer 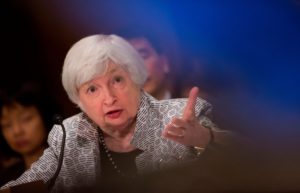 The Fed has been telegraphing in many places on the web (here, here, here, and here) in the last few weeks that they plan to scuttle the economy, certainly in time for the U.S. midterm elections.  President Trump has taken notice, and telegraphs back he is considering breaking up the  Wall Street banks.

How the Fed works: