Hillary to be Denied Step Stool? Not so Fast! #HillarysStools #LeaningStools 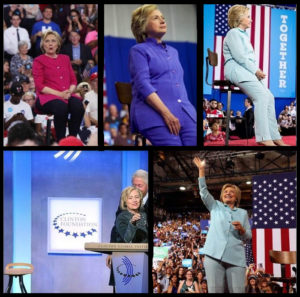 Hillary has a perching stool crutch never far away

The Presidential Debate Commission thinks it’s going to deny Hillary Clinton a step stool on Monday to accommodate her lack of ability to stand for long periods of time?

Not so fast.   Denying Hillary what she needs as a handicapped person is not only wrong, it’s illegal.  Can Texas Gov. Greg Abbott never run for president, just because he can’t stand at a podium for 90 minutes either?  Should FDR never have?

Mark my words.  Hillary will have a court injunction in place by Monday morning based on the Americans with Disabilities Act, will bring her own stool, and will dare anybody to stop her.   But to get the court injunction, she and her doctors will have to admit she is handicapped, and that the stool request was not about “accommodating the difference in heights” between the candidates at all.

Of course, if Hillary Clinton were truly handicapped and has trouble standing, she wouldn’t be wearing unstable spiky heels everywhere she goes.  Why doesn’t she use the “comfortable woman / comfortable shoes” standard she obviously applies to her Mao Tse Tung clothes?  Perfectly healthy women pushing 70 normally don’t wear such women-abusing monstrosities anyway.  Certainly not the mentally healthy ones.  Where is her ordinary “I’m a grown woman now and I’m not taking this sh*t” knee-jerk push back? 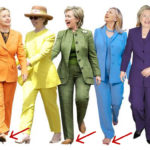 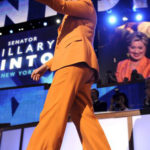 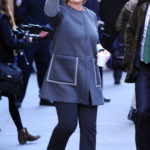 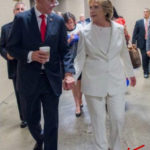 Get rid of the stupid spiky shoes, Hillary.