So, what’s the real reason John Hinckley was let out?

According to Roger Stone’s book, “Jeb! and the Bush Crime Family”, the shooting of Ronald Reagan was arranged by dark operatives in the CIA, who merely stood up John Hinckley as a stoop with a pop gun, and then backed him up with a sharp shooter, and that John Hinckley’s caliber bullets never were the bullets that actually struck Reagan.  Why?  Of course because Reagan was too uppity, too populist, too willing to give the voters what they voted for him for, and the dark operatives wanted a nice Establishment guy, like the vice president at the time, George Herbert Walker Bush, in the Oval Office instead.

So now we have another candidate who is magnitudes more uppity than Ronald Reagan ever was for those dang “special interests”.  He’s openly promising to clean up government corruption and end the filthy green “special interests” puppet hands controlling all our bought off politicians.

And gee, didn’t that RNC convention go down just a little too easily.  Maybe too easily.  All those riots, violence, and chaos we were promised, just didn’t happen.  Why not?  It went down smooth as silk.  Trump even got a 6 point poll bump out of it the media’s not even trying to hide.  It went down far more easily than the crooked DNC convention is going down, with a brand new email scandal on top of the existing criminal one!  Yet Hillary is just over the top smug, because she fully expects the operatives will just fix the election for her, even though she is so incredibly unpopular.

And there is Bernie Sanders, taking a dive and leaving his supporters in tears all over the convention floor.  Well, maybe Bernie Sanders knew something he’s not telling us.  He sure took his dive as if his life is depending on it!

It’s true that Donald Trump is making nice with the RNC now, because he won the nomination with a “knockout landslide” they couldn’t rig, and he has nothing to gain by bashing them (right now).  But there was a time Trump openly stated the RNC was just as crooked as the DNC.  They were just better at being more subtle about it.   Well, some of them were, anyway.  Not this filthy pig: 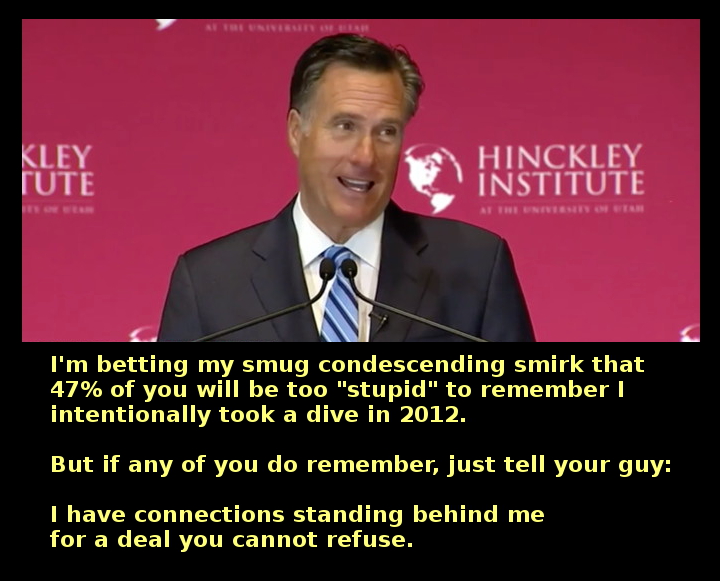 And there it is.  Hinckley’s name not so subliminally behind him in hot pink.   (Criminals get such a power thrill out of announcing their intentions, and then “getting away with it” anyway, don’t they.)

The man just paid 32 years of his life for being duped before.   Could he really be so stupid as to possibly fall for it again?

Warning to Mr. Hinckley.  The CIA dark ops are much better at it these days.  At every one of these mass shootings (which now have Establishment anti-2nd-amendment agendas attached), witnesses report, even photograph, multiple gunmen, but the situation is always “resolved” by the announcement:

“There was only one shooter, and he is now dead.”

No mention is ever made of the additional shooters again.  Ever.   And if we press them on it, they call us crazy.

You are right, Donald Trump.  The RNC is much more subtle (sneaky) in their corruption than the DNC.  Remember “The Snake”.   Hold your friends close, and your enemies closer.  And wear Teflon.

Betting the Hinckley family is not dumb enough to let their son be duped again, the dark operatives of course will have other dupes lined up, for plans b, c, & d. 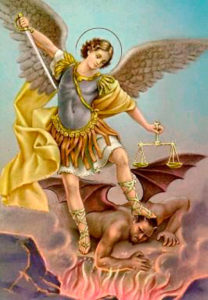 Love and St. Michael’s protection over you every day, Donald Trump,